Using the IA Head Unit as an SPOD Controller

Doing something interesting with your Insane Audio head unit? This is the place to share!
Post Reply
2 posts • Page 1 of 1

Using the IA Head Unit as an SPOD Controller

Over the summer I added a bunch of lights to my TJ. The hardest part of the install was figuring out how and where to add the switches. I'd been looking into SPOD units but they are expensive. So I settled for rocker switches. and although (I'm told) I did a good job I still wasn't that happy with it. . Then in mid-November I got a TJ1002 head unit and it suddenly dawned on me that it would be cool if I could use it to control the lights (and other accessories like the air compressor).

Turns out that there are some inexpensive relay panels available on eBay and Amazon - inexpensive meaning under $20 for an eight-relay board, with each relay capable of handling 10 amps. AND they are controlled through a USB cable. Hmmm, the IA unit has USB...

So I dusted off my Java programming skills, downloaded the Android Studio SDK, did some research into USB protocols, and did some backwards engineering on the relay board (because what documentation is available is pitiful).

Here is a picture of the eight-relay board: 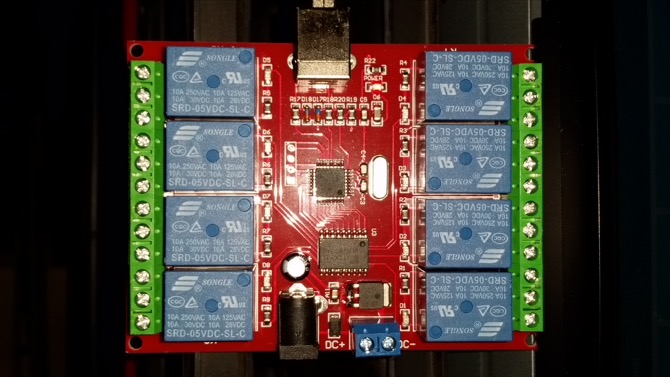 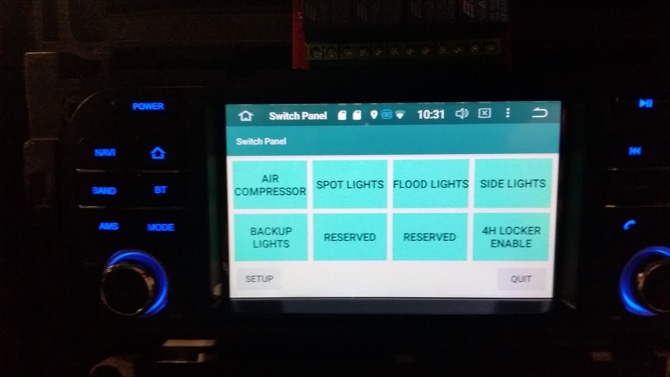 I suppose it would be exciting if you could see it in action but it's pretty simple - since the relays aren't yet attached to the accessories all you would be able to see is the little green LED on each relay light up as the buttons are pushed. So here you can see I've clicked the "air compressor" and "flood lights" buttons, and the two corresponding LED on the board are lit. 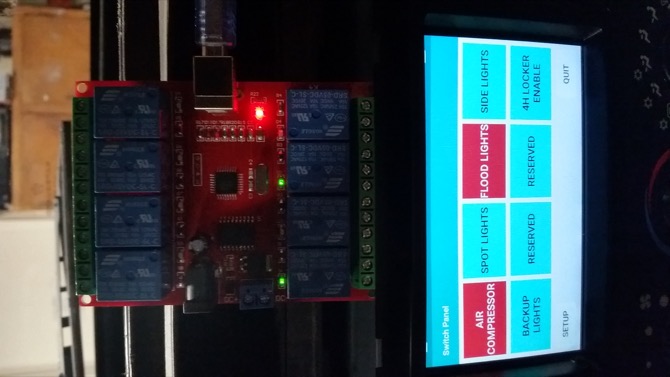 So I've pretty much created an SPOD solution using my TJ1002 for $20 and a few nights of work.
Top

Re: Using the IA Head Unit as an SPOD Controller

Sorry for the late reply.. but on behalf of the engineering team at Insane Audio.. NICE JOB! We LOVE it when customers are taking full advantage of our products!
Top
Post Reply
2 posts • Page 1 of 1